← more from
The Flenser 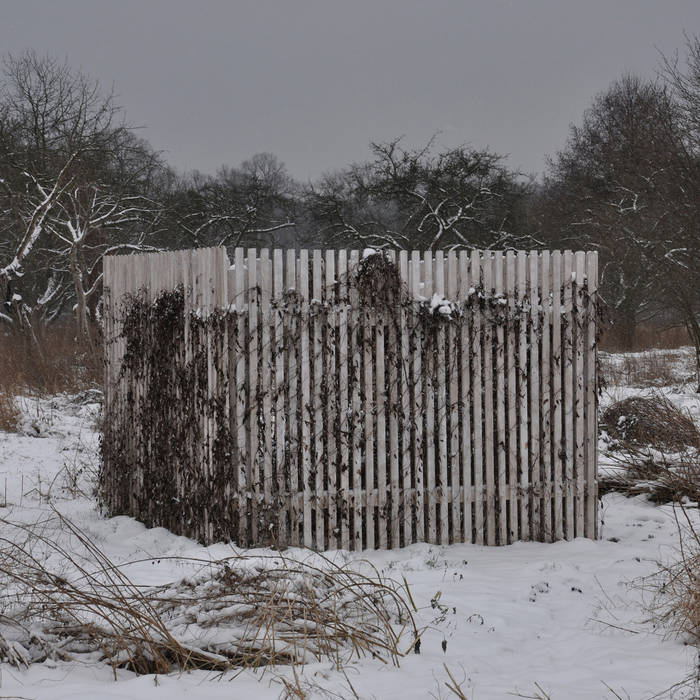 Pixie Jones This album is purely bipolar turned into music. There's the euphoric moments and there's moments that feel like absolute emotional chaos. Possibly my favorite release of 2019. Kyle is a musical genius that cannot be topped. Favorite track: Physical World.

charlie "it was a dream, but i dreamt it was real" Favorite track: Betty.

“Who are we when we’re alone?”

The simplest questions are often the most difficult to answer. In April of 2018, Drowse’s Kyle Bates left his home in Portland, OR for an artist residency in barren northern Iceland. Much of Bates' time there was spent in self-imposed isolation, giving him ample space to ponder the nature of solitude, and what it means to be "closed" or "open" to the world. Upon returning home, Bates worked obsessively. Maya Stoner, a longtime creative partner, sometimes came to sing, but recordings were mostly done alone. The dichotomy of his Icelandic musings materialized in a very real way as he neglected his personal relationships in favor of his art. While he was confronting his life-long fear of intimacy, and reconciling himself to a diagnosis of Bipolar 1, Bates found that the means he employed to conquer these obstacles–self reflection through art–carried with them an equal measure of misery. Light Mirror, Drowse’s second album for The Flenser, is a subtle exploration of these contradictory attitudes and their consequences that can be heard as an artifact of sonic self-sabotage.

Light Mirror falls within a lineage of overcast Pacific Northwest albums (think Grouper’s Dragging a Dead Deer Up a Hill), but finds Drowse pushing past its slowcore roots. The album’s prismatic sound reflects experimental electronic, noise pop, black metal, krautrock, and more through Kyle’s distinct song-worlds. The lyrics are ruminations on the idea of multiple selves, identity, paranoia, fear of the body, alcohol abuse, social media, the power of memory, the truths that are revealed when we are alone, and the significance of human contact. They were influenced by filmmaker Andrei Tarkovsky and poet Louise Glück, who both address self-contradiction. Mastered by Nicholas Wilbur (Mount Eerie, Planning for Burial) at the Unknown, the album showcases a striking maturation in sound. Light Mirror is Drowse’s most intimate and desolate work to date.

Written and recorded by Kyle Bates at NES artist residency in Skagaströnd, Iceland in April 2018 and at home in NE Portland from May to November 2018.
Non-recorded concepts and other materials completed during a residency at Studio Kura in Fukuoka, Japan in December 2018. The live drum sounds on “Between Fence Posts,” “Shower Pt. 2,” “Oslo,” and “Betty” are taken from a session at the Unknown in Anacortes, WA in March 2017 and were recorded by Nicholas Wilbur.

Sections of field recorded conversations with Andy and Betty Bates were used on “A Song I Made In 2001 With My Friend Who is Now Dead” and “Betty.”

Samples of Tuesday Faust’s voice taken from the Soon Asleep sessions were used on “Bipolar 1” and “Oslo.”

A cassette recording of Miles Avila-Crump can be heard on “A Song I Made In 2001 With My Friend Who is Now Dead.”

Fog Storm instruments built in collaboration with Jesse Keating were played on “Bipolar 1,” “Oslo,” and “Betty.”

Noah Johanson’s preamp was used to record most instruments.

Mastered by Nicholas Wilbur at the Unknown in December 2018.

The cover art is a photograph, January, by Norah Fuchs. September is on the back cover, April is on the inside, and December and June are on the record labels. All photos are of her conceptual piece, Unterschleif. More of her work can be viewed at www.norafuchs.de.

Design and layout by Maya Stoner and Kyle Bates.

Bandcamp Daily  your guide to the world of Bandcamp